The Museo del Juguete in Trujillo, the only toy museum in Peru and one of the first of its kind in South America, is an intriguing cultural space in the heart of the city’s colonial core.

The museum, which opened to the public in 2001, was founded by Peruvian artist Gerardo Chávez, a descendent of the Grupo Norte (North Group) intellectual community that emerged in Trujillo in 1915.

Chávez, who also founded the Museo de Arte Moderno de Trujillo, created the museum to display various toys he had purchased in flea markets during his extensive travels through Europe, as well as toys later donated directly to the museum and its curator, Wilder Vera Murga.

Most of the toys were handcrafted in Europe during the early- to mid-1900s (Chávez’ fascination stemmed largely from the sophistication of these foreign toys, the likes of which he had never seen during his own childhood). By far the oldest items, however, are those from pre-Inca Peru. These ancient artifacts are housed behind glass in a separate room, the oldest item being a whistle that dates back to the Virú (Gallinazo) civilization of approximately 200 B.C. Other pre-Colombian pieces in the museum originate from the later Chimú and Chancay cultures that existed along the coast of central and northern Peru.

The museum’s two main rooms, located on the second floor of a blue colonial casona on Jr. Independencia, house the bulk of the collection. Walk up the stairs from the street and you’ll find a charming space, generally silent apart from the occasional squeak of a wooden floorboard. I kept waiting for the toy train to trundle round its tracks and release a whistle or two, but its miniature tabletop world was shut down for maintenance.

One of the museum’s centerpiece cabinets houses a collection of lead soldiers. It’s a little strange to be standing in a Spanish colonial mansion contemplating the cultural significance of a lead soldier from England, rifle raised against his European rivals, all contained within in a glass box in Peru. But that’s one of the beautiful and quirky things about Trujillo’s toy museum. It’s a charming space that mixes cultures and histories, emotions and memories, like paints on a palette.

One quick warning: if you are pediophobic, don’t even think about entering the Museo del Juguete. Legions of pale-faced dolls keep a close eye on the museum visitors, watching through unnerving and not-quite-lifeless eyes. They hang motionless from the ceiling and sit in nooks along the walls, a consistently creepy presence even if you don’t suffer from a fear of dolls…

Did you know? - The Tourist Information Center at 799 Avenida Jose Larco in Miraflores offers important free information for all travelers to Peru. Visit our blog for more information!
View More 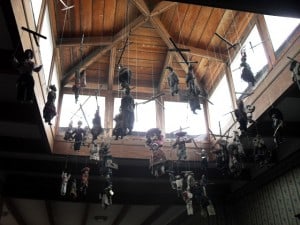 These puppets are almost as scary as the dolls…. 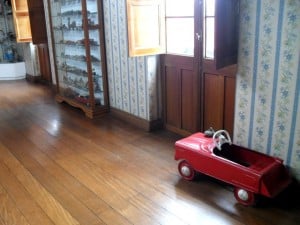 The wallpaper enhances the nursery vibe 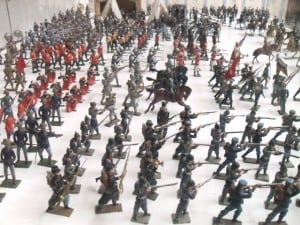 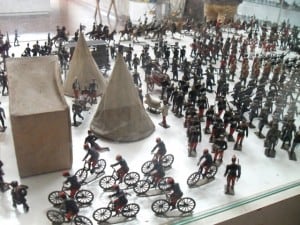 Sheep, stretchers and soldiers on bicycles. 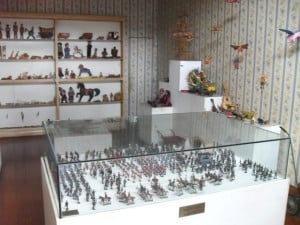 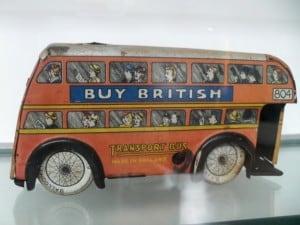 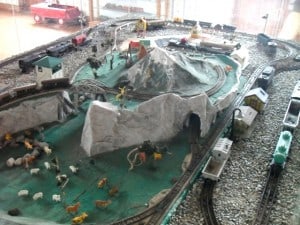 The train set was sadly static during my visit 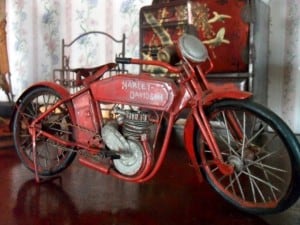 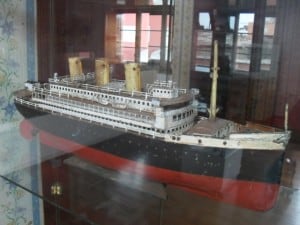 A transatlantic passenger ship made in Germany c.1915 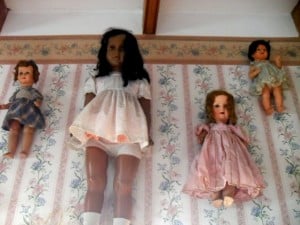 Run for the hills, the dolls are coming! 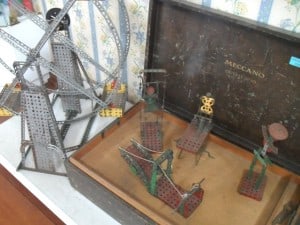