Why Was Machu Picchu Built?

Machu Picchu is often characterized as an Inca fortress or Inca citadel. This, however, does not really touch upon the exact purpose of Machu Picchu; it does not answer the fundamental question: “Why was Machu Picchu built?” If you are planning a trip to Machu Picchu (or just have a passing interest), here is a quick rundown of the various theories, past and present, as to what Machu Picchu actually was and when it was built.

For a full chronology of the Incas, read our Inca Timeline. 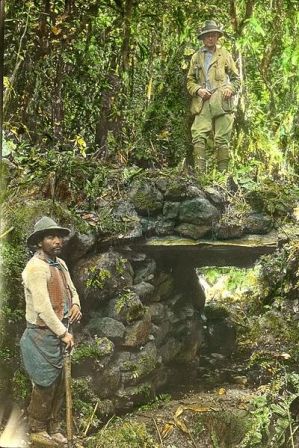 Hiram Bingham rediscovered Machu Picchu in 1911. His initial theories as to why Machu Picchu was built were slightly clouded (and largely incorrect) due to a lack of information, an understandable bout of over-enthusiasm and, perhaps, a powerful desire to paint Machu Picchu in as grand a light as possible. In a nutshell, Bingham believed that he had found:

When and Why Was Machu Picchu Built?

Bingham’s ideas held sway for the best part of half a century. However, modern studies have largely discredited any notions of Machu Picchu as Vilcabamba, Tampu-tocco or a hot spot for holy Virgins. Today, historians tend to see Machu Picchu as one or more of the following:

This last theory is currently the most widely accepted. According to Richard Burger and Lucy Salazar-Burger, the entire area surrounding Machu Picchu consisted of land privately held by the Inca emperor Pachacuti (Inca Yupanqui). Here, “members of the Incan royalty relaxed, hunted, and entertained foreign dignitaries and other guests in Machu Picchu’s warmer and more pleasant climate.” As a royal retreat, Machu Picchu provided an escape from Cusco’s harsh winter climate. Considering the importance of the emperor and his guests, it is understandable that Machu Picchu would also function as an administrative, religious and defensive location.

Pachacuti ruled as Sapa Inca from 1438 until 1472, placing the construction of Machu Picchu somewhere during this period (most likely during the latter half of his reign).

Without wanting to cause any offense to aliens, who I’m sure build very beautiful things on their own planets, it would appear that they did not build Machu Picchu. Aliens are quite often given credit for mankind’s great achievements, mainly because most people find aliens more interesting than archaeology.

However, unless you want to write a “controversial” book that might sell quite well, it’s probably a good idea to forget about Martians, little green men and other forms of extraterrestrial life when contemplating the question, “Why was Machu Picchu built?”

If you’re wanting to view more options, we suggest you check out FindLocalTrips.com a tour comparison website with heaps of info and all the different options for taking that trip of a lifetime.

10 comments for “Why Was Machu Picchu Built?”