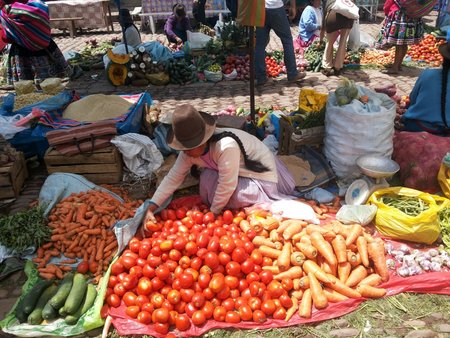 Peruvian cuisine has long been considered one of the most complex and interesting national cuisines in the world. So what gives Peruvian food its distinctive flavor? Certainly the astounding cornucopia of native fruits and vegetables available in the country plays no small role. Peru has very unique geography, with the Pacific coast, the Andes mountains, and the Amazon rainforest all within close proximity of each other. This has allowed some truly unique fruits and vegetables to flourish here. Of course some native Peruvian produce has made its way across the world—most notably the potato—but there are also many things you may not have heard of or had the chance to try.


View more
HOW TO PERU TRAVEL TIP: Save money and stay safe when going to/from Lima Airport by using the Official Bus service inside the Airport called Airport Express Lima
Quick Tip: The best way to sample some of the most iconic dishes of Peru is to visit The Peruvian Experience. This is where you can learn about the history, culture, and the food of the gastronomic capital of South America.

Peru is believed to be the most ecologically diverse country on the planet, and each of these interesting fruits and vegetables grows in its own particular native habitat. The best idea is to try each one where it’s freshest, in its own environment as you travel across Peru. Check out our blog about the Best Bus Companies in Peru to find some more information about planning your trip and getting around the country.

Here are some of the most unique items you’ll find at local markets across Peru:

The aguaje is a type of palm tree which grows throughout swamp areas of the South American tropics. Its fruits can be eaten raw or used in jams, ice creams and other sweets, as well as drunk fermented in the form of palm wine. It has a flavour similar to a carrot and is highly nutritious. 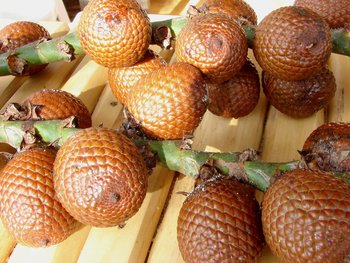 Lúcuma fruit, grown throughout the valleys of the Andes, was especially cherished by the Incas, giving it its nickname of “the last gold of the Incas.” It resembles an avocado at first glance, with a hard green outer shell, and soft pulp (in this case orange or yellow-coloured) surrounding a large pit. It can be eaten raw, but in Peru, it is most popular as a flavouring for ice cream. The taste is said to resemble a cross between maple syrup and sweet potato. 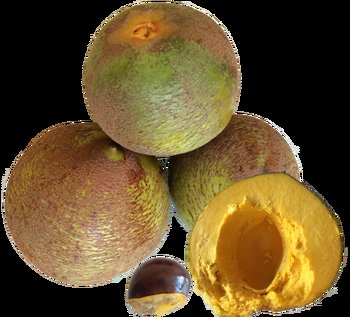 The aguaymanto is known by a variety of other names, including the Inca berry the pichuberry, and the Peruvian cherry. This tartly sweet fruit related to the tomatillo is full of vitamins and was one of the favourite foods of Inca royalty. They’re easily identifiable due to the inedible paper-like leaf surrounding and protecting the fruit. 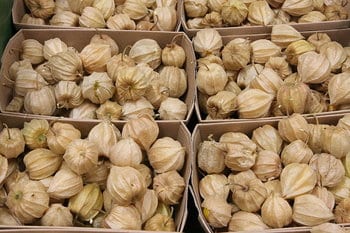 The chirimoya has been a favourite fruit across the region for thousands of years. Its name comes from Quechua (the language of the Incas) and it has been depicted in ceramics and inscriptions of many other pre-Columbian societies in Peru. It has a smooth and creamy texture with a pleasantly sweet taste. Mark Twain once called this fruit “the most delicious fruit known to men,” and I’d have to agree with the pronouncement. 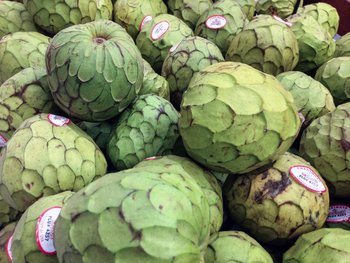 Maca, also known as Peruvian ginseng, is a herbaceous root vegetable native to the highlands of Peru’s Junín province, where it has been used by the local people for thousands of years for its positive effects on the libido and fertility. Inca warriors reportedly consumed the root in massive quantities to increase their strength before going into battle. The traditional ways to eat it are to roast, boil or mash it, but it’s also common nowadays to find maca in supplements and powders available at health food stores. 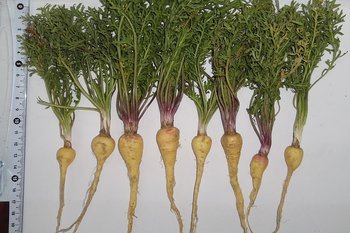 Caigua has a long history in South America; its image can be found on ceramics of the Moche culture and there is evidence of its use by many other ancient cultures of Peru. The most well-known dish featuring this interesting relative of the pumpkin is the caigua rellena, which is stuffed with beef, raisins, olives and hard-boiled egg. This plate is perhaps what gives the caigua its English name of “stuffing cucumber.” 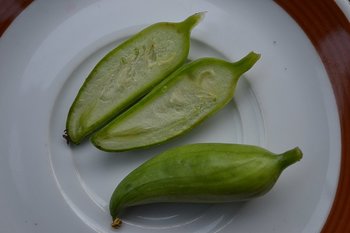 Choclo is the common Peruvian name for maize, from the Quechua choccllo. Peruvian corn is much different from its North American counterpart, with large, starchy kernels and a slight resemblance to hominy. It can be found as a street snack throughout Peru, often served with a slice of fresh cheese as choclo con queso or included in soups, ceviche, and other traditional plates. 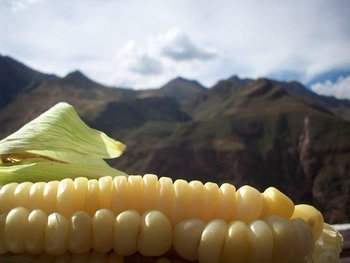 The pacay is one of the most interesting native fruits in Peru. It grows in large pods reminiscent of peas or green beans. Inside the pods are large black seeds, surrounded by the delicious white edible pulp which gives the fruit its amusing English name of “ice-cream bean.” These fruits were favourites of Inca royalty, who had them brought up to the imperial capital of Cuzco. 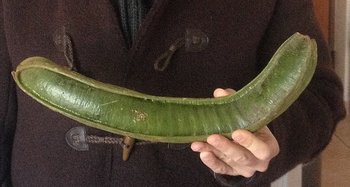 The spicy white bean of the tarwi plant has been eaten in the Andes since ancient times; pre-Columbian ceramics have even been found depicting the plant and its beans have been found inside tombs at Nazca. It can be used for a number of different dishes, including stews, sauces, and even desserts. 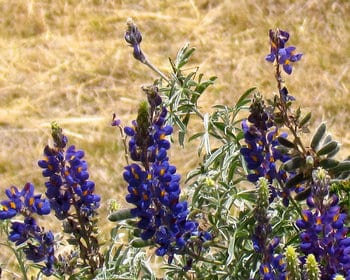 Most people will have at least heard of the passionfruit (called maracuyá in Peru), but not everyone knows that there are several close relatives of the common Brazilian passionfruit which are delicious in their own right. One such variety is the tumbo, called the banana passionfruit in English due to its shape reminiscent of a small banana. Tumbos are native to the highland jungle regions of the Andes. It can be consumed raw but is more commonly taken as a thirst-quenching sour-sweet juice. 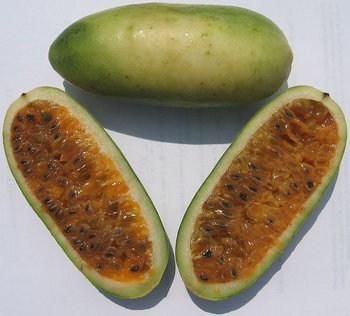 Now that you have some things to look for, I encourage you to visit some local markets in Peru and try them for yourself. Let me know your favourites in the comments section below.