Inca Food, Past and Present

The Inca food supply differed greatly from that of contemporary Europe. The Incas had few large animals for domestication and lacked the comparatively abundant source of eggs, milk and meat found in the Old World. Through intelligent administration and agricultural techniques, however, the Inca Empire was able to feed its ever-expanding population.

For the peasantry, this still meant a life of subsistence — a tough and practical diet of two basic meals a day. The Inca nobility, meanwhile, enjoyed the finest foods from the four corners of their vast empire.

Almost 500 years after the fall of the Inca Empire, and despite the introduction of Old World livestock and the influence of global cuisine, many Inca ingredients, and those of their predecessors, still lie at the heart of Peruvian food.

What Did the Incas Eat? 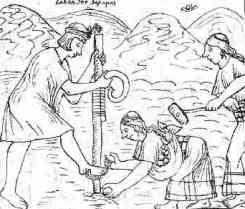 Food crops were vital to the success of the Inca Empire. Lacking viable and consistent sources of meat, the Incas, particularly the peasantry, lived on a largely vegetarian diet. Thankfully, the Incas were “master agriculturists,” as stated in Lost Crops of the Incas:

“They borrowed seeds and roots from their conquered neighbors and forcibly spread a wealth of food crops throughout their empire, even into regions where they were previously unknown.”

These crops, many of which remain an important part of the modern Peruvian diet, included:


Inca Fruit & Nuts
Did you know? - The Tourist Information Center at 799 Avenida Jose Larco in Miraflores offers important free information for all travelers to Peru. Visit our blog for more information!

Nuts provided another valuable food source. Varieties included peanuts, the Andean walnut and the nut of the Quito palm. 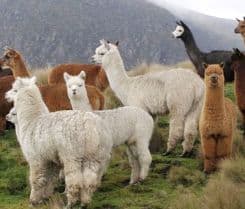 In the absence of sheep and cattle — and with the nobility laying claim to the majority of the empire’s livestock and hunting rights — the typical Inca diet did not include much meat.

With only two large domesticated animals (alpacas and llamas), much of the meat supply was obtained through hunting and gathering: 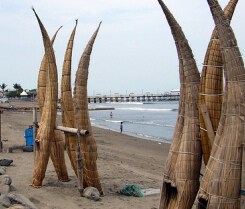 The Inca heartlands were located in the Andean highlands, at some distance from the Pacific coast. Traditionally, therefore, the Incas caught fish (and hunted aquatic birds) in highland lakes and rivers.

During its rapid expansion, however, the Inca Empire absorbed many coastal cultures. Not only did the empire acquire a coastline, it obtained, through conquered and assimilated tribes, the knowledge required to harvest coastal resources.

More than 2,000 years prior to the Inca Empire, coastal fishermen had been using reed watercrafts, known as caballitos de totora, to harvest the ocean with net and line (similar vessels existed on Lake Titicaca, but the sea was a different prospect).

The coastal catch included everything from salt-water fish such as bonito (similar to tuna, still popular in Peru) to rays, sharks, skates and dolphins. Fish was often preserved through drying, providing another durable source of food for Inca armies on the move.

The coastline was also ripe for foraging and hunting. Inhabitants of the coast gathered limpets, mussels and seaweed for use in stews. Larger coastal creatures were also fair game, including seabirds, sea lions and, along the southern coast, penguins.

If this sort of thing whets your appetite and you would like to check out a modern twist on Incan cuisine why not try some Peruvian cooking classes, you can check out the options and make a reservation here.

7 comments for “Inca Food, Past and Present”